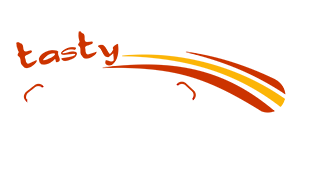 Founded in spring 2017 by the husband and wife team Adan and Yasmin Ventura, Tasty Paella is a company focused on traditional Spanish cuisine, specializing in paella and tapas.

After living in Europe for a while, they decided to move to the United States and spent a few years in Miami, FL. When they improved their culinary skills, they decided to move to Dallas, Texas. It is here that he realized that the experience acquired in Spain was invaluable and decided to share it with others, and the idea of Tasty Paella was born, with the concept of cooking it on the site.

In May 2019 we were awarded to participate in “The semifinal of the International Contest of Valencian Paella” held in Washintong D.C. In addition to the experience acquired in this high-level competition, we received two master classes of Valencian paella

Adan acquired his knowledge about Paellas when he undertook the adventure of traveling to Valencia Spain and lived for more than 6 years. It was there that he learned all the secrets about his paellas.

Yasmin is based on a wide range of work experience. She has an intuitive understanding of the service styles, she has excellent skills for small details and can make your event a total success.

Julio Cesar from Mexico is Passionate about cooking, he delivers everything in each event and is proudly one of our chefs graduated in our Tasty Paella MASTERCLASS. He makes our company continue to maintain the high level that characterizes us.

Diego Arteaga from Colombia, a talented young man who studied gastronomy at the Universidad Continente Americano Celaya Mexico, specialized as a master rice cooker in our kitchen and sharing his passion in each event…

Hector Campos de San Salvador is a vital piece in our team specialized in making our TAPAS and all our paellas back in the house with many years of experience in the best restaurants in North Dallas. It is a privilege to have him as part of our chefs.

We talk about professionalizing with dedication and passion, so we are talking about Jenny La Lobilla. As an artist, she has the dance in her blood and we are lucky that she shares her passion in our events.

Through his melodies, Ricardo gives that final touch in every event, transporting that magical moment to the old world. He is a guitar teacher, plays in high-level restaurants and is also part of our dream team. We give the best about us.

Take your palate on a little trip to Spain with our delicious show cooking experience! Either for a romantic dinner or surprise your guests..